In the beginning....losing my virginity!

Let's start at the beginning....losing my virginity.

When I was growing up my family used to hang out and vacation with two other families in our neighborhood. Basically, the parents would get together to drink and smoke while all the kids ran around. My best friend, lets call him Danny, was in one of these families. He was my age. Now Danny had an older sister, Angela who had blonde hair, blue eyes, long legs and was nice and thin....just the way I like 'um. But being 4 years older than me I didn't really consider her a possible g/f...or anything other than my best friends older sister. But when I was about 10 or 11 yrs old...maybe 12, all us kids played a truth or dare game. Now I'm fuzzy on the details, but I think it was put to Angela to tell if she was a virgin or to kiss me. Luckily, she chose the dare of kissing me....which sorta answered the virgin question...but hey, it was my first time to kiss a girl!! Well it was a long, hot summer..lol...and boy did I learn some things. Angela, who was 16 at the time to my 12, taught me how to "French-Kiss", and we practiced all summer. I've been told I'm a really good kisser. I credit Angela and all the practice she gave me. When school started back, things cooled between us. She was in High School and I was in Jr. High so I guess she figured it wasn't cool to fool around with me.
A year or two passed and I started High School. I had really forgotten about trying to "make-out" with Angela. She wasn't around at the family gatherings anymore cause she was usually on a date or some such. One thing for sure, she was a hottie now. And at 14 yrs old my hormones were raging. So when I did see her, I would have to hide my huge boner! Not an easy thing to hide sometimes.
Summer rolled around again and Angela had graduated and I was gonna be a sophmore the next year. I really hadn't had a g/f. I had gone to dances and made out a little here and there. But that was it. But then one day I went over to Danny's house to hang out. But when I got there no one was home except Angela. She invited me in and we sat on the couch. Out of the blue, she started kissing me, just like old times. The difference this time is I had this erection that kept poking her in her stomach, in her thigh...damn, I think it poked her tit a few times. I was really embarrased about it and kept trying to keep some distance from her body while we kissed. Well she finall took charge and grabbed my dick through my shorts and started rubbing it. WoW! I my head was spinning! She kinda massaged it for a while and then started showing me how to massage her breats...always the teacher. She finally stood up and took me by the hand and lead me down the hallway to her bedroom and shut the door. She turned around and pulled off her shirt. Holy Crap! Nekid tits! Never had I seen real live nekid tits. Now they were small, but man oh man. My dick has probably never been harder. There was a huge bulge in my shorts and she was staring right at it. She walked over and yanked them down and my dick came popping out. Then she uttered the words I'll never forget.."Holy shit...that thing is gaint!" From my story before, you'll know I knew I was pretty big. But to have a girl who had "been around" tell you that, well now I had independent confirmation!
She didn't waste anytime. She lubed me up, laid me down on my back and pulled off the rest of her clothes and climbed on top of me. She guided my head to her slit and then sank down on my pole. Slowly she took all of me in and then just remained motionless. It felt like my dick was in a vice. She kind of moved a little but not much, which was a good thing. Much friction and I would have cum right then. She was breathing pretty loud and scrunching up her face. Then without warning, she pulled off of me. She said she couldn't move on top of me. It felt like she was being paralyzed by my dick. That was another "first lesson". Having a big dick means limited sex positions. Anything other than missionairy usually is too much for most girls! Well she laid back and guided me in missionairy style, but kept her hand on my pelvis so I couldn't just jam it into her. She talked me through easying it in..slowly...inch by inch, I was finallt buried in her. I just started grinding away. No in-out. Just a slow methodical grind...still a technique I use today to let women get used to my size. Well I must have hit the spot cause she started cumming and crying and writhing! That was enough to send me off! I shot my load...she took my virginity...I was a man!!! WhoooHooo!
We fucked the rest of the summer. But then her family moved away. I lost my best friend and my first fuck..damn it!
Getting back to the original question, I think Angela fucked because she could feel my "size" while we were making out. Maybe I'm wrong...but I know she kept fucking me that summer because of my size. She told me she had slept with 5 guys and seen probaly 10 other dicks and mine was way bigger than any of them!

Now excuse me while I go take care of this boner!
Posted by Quercusone at 9:19 AM 3 comments: 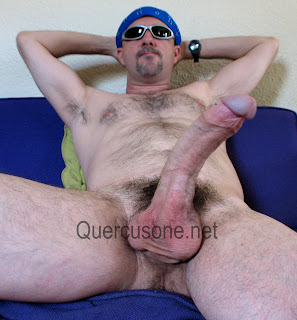 I created this blog and I said to myself, all is good.
Posted by Quercusone at 12:04 PM 10 comments: